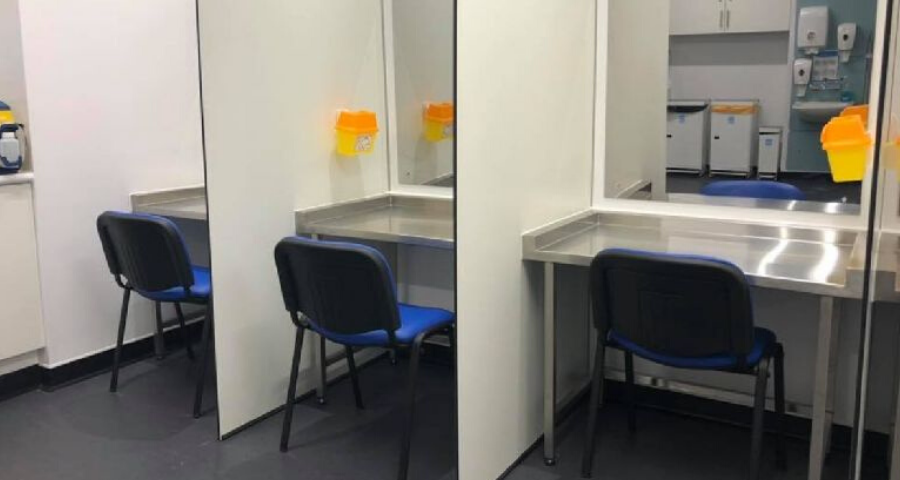 The service, the first of its kind in Scotland, aims to treat 20 patients with the most severe, long-standing and complex opioid problems in its first year, and 40 in the second year.

It follows the opening of a similar service at Foundations Teeside in Middlesbrough in October 2019.

The service, alongside plans for a drug consumption room, was first proposed in the ‘Taking Away The Chaos’ report published by NHS Greater Glasgow and Clyde in 2016 as a potential response to public injecting, increasing overdose deaths and an ongoing outbreak of HIV in the city.

Attending patients are prescribed pharmaceutical grade diamorphine twice a day, where it is self-administered via injection under the supervision of nursing staff.

The patients will also have access to other supports such as treatment for infections or abscesses, psychological assistance and help to access social care services.

Those selected for treatment will be people who have been failed by other treatments, which can include methadone, community addictions services and residential rehabilitation.

The service will focus on people whose drug problems most severely affected their own health, and had the greatest impact on their communities, public services and the city centre.

Speaking to the BBC, Dr Saket Priyadarshi, associate medical director at Glasgow Alcohol and Drug Recovery Services, said it was a much-needed addition to the treatment and care services already in Glasgow.

“We have known for a number of years that there are people who continue to experience harm despite receiving conventional treatment.

“It is only appropriate that, as in other branches of medicine, we can offer addictions patients the next line in treatment.

“Heroin-assisted treatment is a highly evidence-based intervention and it will be delivered with intensive psycho-social support to address the wide range of harm and social care needs that this population experiences.”

Susanne Millar, chairwoman of Glasgow’s Alcohol and Drug Partnership and interim chief officer of GCHSCP, said an increase in drug-related deaths and non-fatal overdoses in the city demanded “innovative treatments”.

“It is aimed at people with the most chaotic lifestyles and severe addictions who have not responded to existing treatments,” she said.

“People might question why health services are spending money providing heroin for people with addictions – the answer is we can’t afford not to.

“Not only are we are striving to save the lives of individuals themselves, we also aim to reduce the spread of HIV and to reduce the impact of addictions on Glasgow families and communities.”

The next episode of Scottish Drugs Forum’s Drugs Uncut podcast specifically focuses on the new Enhanced Drug Treatment Service and will be published mid December.

Subscribe to the podcast to receive it instantly when published