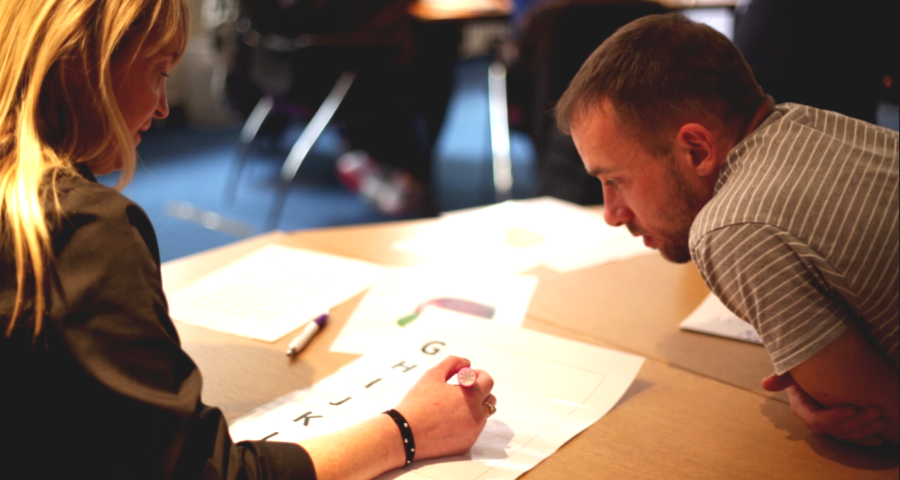 Scottish Drugs Forum’s award-winning Addiction Worker Training Project (AWTP) is a unique initiative which supports, trains, and prepares individuals with a history of problematic drug and alcohol use to work in Social Care.

Launched in 2004, to help people with experience of substance use issues prepare for employment in social care through in-work placements and formal learning, AWTP is the first project in Scotland to:

Scottish Drugs Forum works in partnership with accredited learning providers and alongside drug and alcohol services throughout Glasgow to provide the training for the students, who include people who were formerly homeless and ex-offenders who have previously experienced multiple barriers to employment.

The Project received a major boost thanks to a second £600,000 investment from Big Lottery Fund Scotland in March 2016.  Initial BIG investment to AWTP in 2012 saw SDF expand it’s successful AWTP model from Glasgow, into the East of Scotland and other parts of the West of the country. Now firmly established, AWTP is becoming the leading route to employment for people who face multiple barriers.

The project has achieved national recognition – at the inaugural Herald Society Awards in 2008, AWTP won the Best Practice Initiative and was commended in the Education Category.  AWTP was also showcased at the prestigious Scottish Social Services Council Care Accolades, securing a place as a finalist in the Investing in the Workforce Category (2014).

More recently, the team collected a Clydesdale Bank Spirit of the Community Award in June 2016 and won the first ever Herald and GenAnalytics Diversity Awards in October 2016.

The project is funded annually and since 2004 has attracted a range of varied funders who recognise the very valuable work of the scheme.

The following organisations currently provide placements for our trainees: