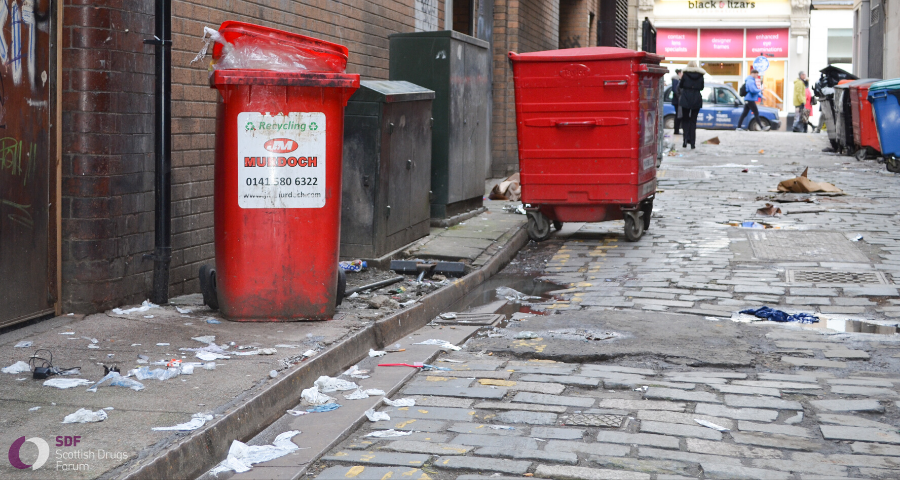 Services that offer witnessed drug consumption to people who inject drugs help protect people from the risks of public injecting.  The development of such services is a rational and evidence-based response to the problems we face in Scotland – including hazardous public injecting, HIV outbreaks and a continuing high prevalence of hepatitis C.  Scottish Drugs Forum (SDF) has made the case and promoted understanding of such services for many years.

It is a sad reflection of the failure of the state due to government inaction and a lack of will from legal authorities, if these services have to be developed by concerned private citizens.

However, international precedents from Canada and elsewhere show that these types of initiatives can be mainstreamed and develop into state-supported services. In Scotland, this possibility was first raised by people in recovery in conversation with professionals from Canada invited to Scotland by SDF in August 2018.

SDF would want these services to be developed within the law and by the state and appeals now, again, for the Scottish Government, Crown Office and Procurator Fiscal Service and UK Home Office to work to ensure that a pilot facility, at least, is provided in Scotland.

If such an appeal fails, SDF would recommend that –

In the current circumstances of a national public health emergency, SDF supports the reduction of drug related harms through the establishment of a supervised drug consumption facility and asks all parties to work together to reduce drug harms by all evidence-based means.