Scotland’s new national drug and alcohol strategy has been published by the Scottish Government.

The strategy, Rights, Respect and Recovery, states that it supports well-evidenced approaches to reduce harm, including for people who feel unready for treatment.

It is the first time that Scotland’s drug and alcohol strategies have been combined, a decision made due to perceived commonalities between those affected and the potential responses.

“Improving how we support people harmed by drugs and alcohol is one of the hardest and most complex problems we face. But I am clear that the ill-health and deaths caused by substance misuse are avoidable and we must do everything we can to prevent them. This means treating people and all their complex needs, not just the addiction, tackling the inequalities and traumas behind substance misuse, and intervening early to prevent people at risk.

“We are supporting this strategy with an additional £20 million a year on top of our considerable existing investment in drug and alcohol treatment and prevention. We want to see innovative, evidence-based approaches, regardless of whether these make people uncomfortable. This money mustn’t just produce more of the same.”

The new strategy includes a key focus on drug-related deaths – an area where Scotland has been facing a crisis in recent years. In the ten years of the previous strategy, the Road to Recovery, drug-related death figures in the country doubled to 934. It is expected to increase beyond this figure in 2018.

“We welcome the fact that reducing the number of preventable overdose deaths is the key focus of the strategy. In 2018, we are likely to see over 1000 Scots die from drug overdose deaths. This figure has doubled over the period of the last strategy. So reducing the level of preventable deaths has to be a priority – for Government, local planners, frontline services and for the 61,500 Scots struggling with a drug problem.

“Almost all of these deaths involve a number of substances and the vast majority involve opioids (87%). There are key elements of the strategy that will help us respond to this public health crisis – 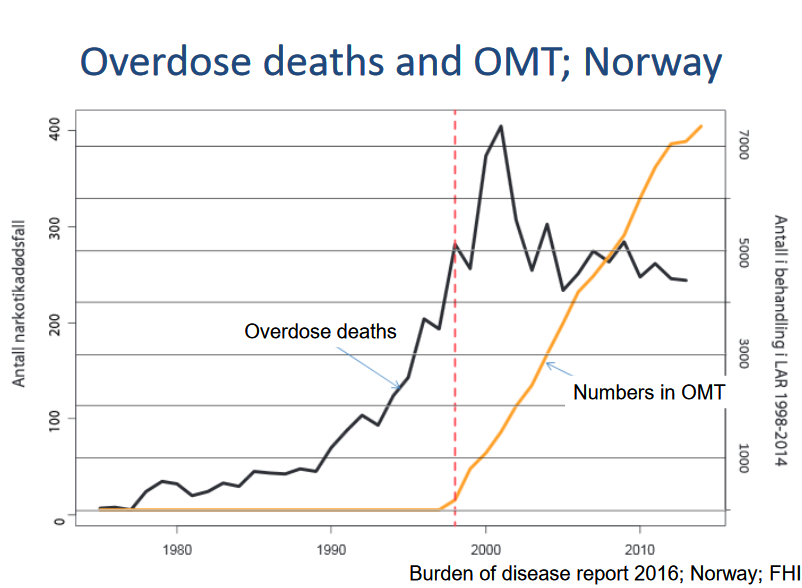 “Norway has achieved all of this because the Government changed their attitude and fundamental beliefs about the scale and nature of the challenge they faced, which had an almost immediate and remarkable impact on the number of drug overdose deaths.

“We can be hopeful that the launch of this strategy is the beginning of similar changes in Scotland.

“Only time will tell whether this is effective but the indicators of success or failure will be clear and stark and thousands of Scots’ lives depend on it.”