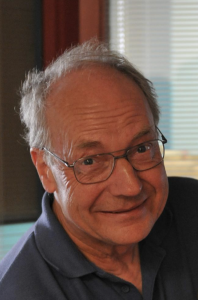 John will be remembered by many people across the range of fields in which he worked – in music, railways, industrial safety and particularly in the area of drugs research and theory. His 1992 book The Myth of Addiction is still well regarded and influential.

Despite the diversity of John’s interests, there is perhaps a consistency in his attitude and approach – a commitment to innovation, original thought, occasional iconoclasm and a keen ear and eye for detail.

His 1978 book The Psychology of Music is an early landmark in his academic career in psychology. This is a pioneering work which helped open up a then underdeveloped area of study which is now part of mainstream psychological research and study.

It was perhaps typical of John that his own musical talent and interest led him to jazz where he could improvise and experiment. The trumpet may not be the instrument from which to launch a career as a rock star but John’s innovative jazz/rock fusion band, Head, which he co-founded in 1970, made a significant splash in the Scottish music scene. John played trumpet in the four-piece and wrote much of their original material. As well as touring venues across the UK, Head made several television appearances on the BBC and STV. To John’s surprise and quiet delight, aficionados were swapping surviving vinyl sides on eBay for £100, over forty years after their release.

John’s instinct for an ear or eye-catching phrase made his output good reading and made him lively and stimulating company. In his book on music, he develops a theory he calls DTAPOT (Darling, They Are Playing Our Tune) which accounts for the emotional resonance of particular music with reference to personal history and cultural background. More controversially, at a time of relatively strict self and occasional state censorship, Head’s 1971 album is titled GTF, which still cannot be de-acronymised in polite company.

In conversation, John also had an arresting wit and turn of phrase. In evidence to the House of Commons Select Committee on Scottish Affairs he challenged the populist orthodoxies of both Richard Nixon’s War on Drugs and Nancy Reagan’s Just Say No campaign. “I do not think..‘Just Say No to Drugs’ is going to work. I think that it is a funny message…it is like somebody saying ‘Just Say No to holidays in Majorca.’ It does not actually mean anything. I do not think a war on drugs is going to be won. I do not think you can win a war on drugs.”

The rigour of his thinking sometimes led to subversion of his own field. For example, John undermined the whole methodology of research based on questionnaires, memorably arguing that people being surveyed did not simply download all their thoughts, opinions and experiences at the behest of a researcher with a questionnaire but that they gave consideration to their audience when forming their response.

In the world of addiction research and study John may be best remembered for The Myth of Addiction in which he argued that, notwithstanding physical tolerance and the experience of withdrawal, addiction as it is often described simply does not exist. John cited the fact that people with drug problems would explain their predicament and their behaviour differently to professionals and other outsiders than they would to other drug users. John subverted the drugs field and notions of expertise but he also, and this was perhaps typical, humanised drug users in the sense that he argued that they were not simply in the grip of a substance or a disease but ordinary people in a very human struggle in sometimes very adverse circumstances.

As Emeritus Professor at The University of Strathclyde John was Director of the Centre for Applied Social Psychology (CASP) between 1998 and 2011. There he oversaw research on public health matters – including alcohol and drug use.

CASP worked in close collaboration with Human Factors Analysts Limited (HFAL), a University spin-out company of which John was a Director for 10 years from 1996. CASP/HFAL developed a risk management system for the UK railways, the nuclear industry and large manufacturing and engineering companies.