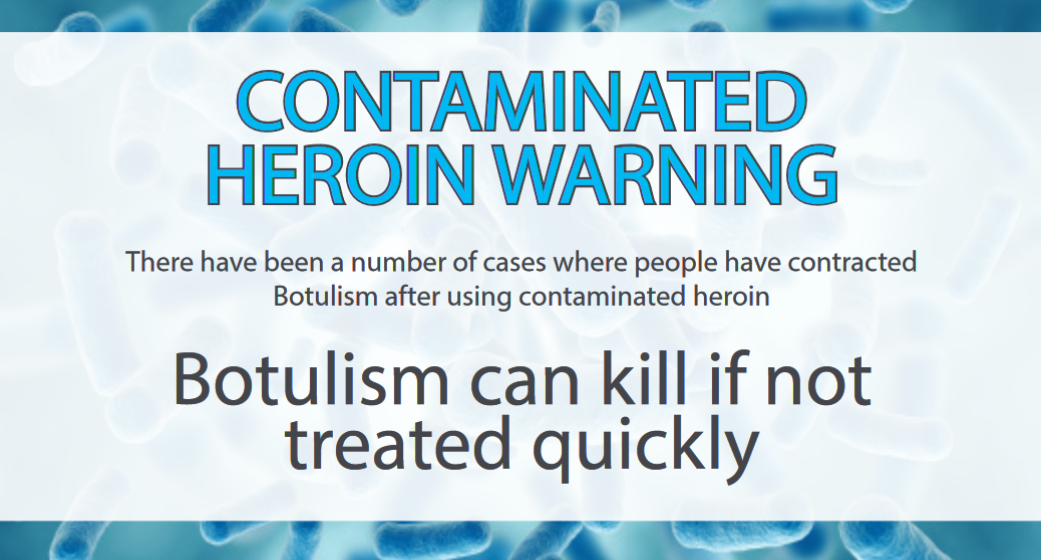 Four cases of wound botulism have recently been identified in Scotland.

In total, there have been 3 confirmed and 1 probable case of wound botulism investigated since February 2019.

All cases presented with clinical features consistent with wound botulism, and all involve people who inject drugs.

The source of the infection is believed to be heroin contaminated with Clostridium botulinum spores.

The last confirmed case of wound botulism in Scotland among people who inject drugs was in 2017.

Left untreated, botulism will get progressively worse and can lead to death.

Anyone presenting with any of these symptoms should be actively supported to attend A&E.

Scottish Drugs Forum has produced an information booklet for frontline workers and a postcard for people who inject drugs, to raise awareness of the signs and symptoms of botulism and the ways to reduce the risk of exposure.

An e-learning course on bacterial infections and drug use for frontline workers is also available via the SDF training website.