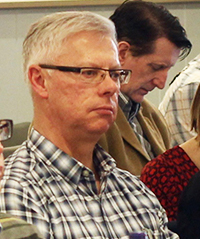 Jim is a former career civil servant with the Scottish Government. He worked closely with Scottish Drugs Forum in the post of Team Leader within the former Substance Misuse Division, where he had a particular focus on treatment and rehabilitation issues. He subsequently moved into working mainly on policies affecting children and young people, such as integrated children’s services planning, management of the Changing Children’s Services Fund and the development and implementation of the Early Years Framework. Jim was seconded to the Convention of Scottish Local Authorities for a year and worked closely with officials and elected members from all 32 councils on policy and practice affecting children and young people.

He has worked closely with a wide range of children’s charities as well as statutory services, particularly on local government and health issues affecting children and families.