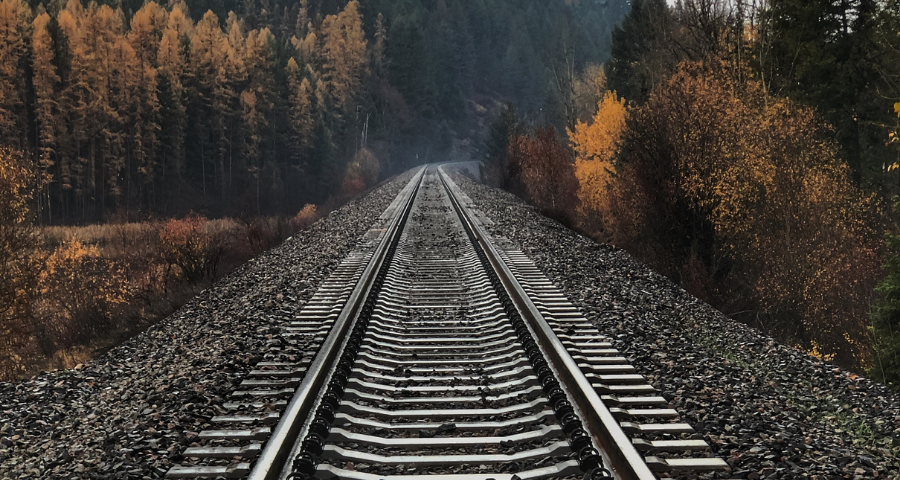 Last week, the First Minister, Nicola Sturgeon, delivered a statement on drugs policy to the Scottish Parliament where she stated that the Scottish Government has pledged to deliver £250 million additional funding to prevent drug overdose deaths.

This week, Austin Smith, Policy Officer at SDF, reflects on the events and changes that has led to the First Minister’s announcement of a new approach, leadership and investment. 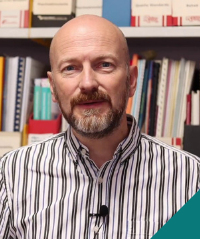 For those involved in the drugs field, the First Minister’s fifteen minute statement to Parliament on January 20th was an historic event – a turning point in approach that reflected a change in national attitude. It was, as the First Minister, accepted a long time coming and overdue.

My reflections, a week later, are twofold – firstly, the tone and preamble are as important as the announcements themselves; secondly, those announcements – new investment and changes to the range and quality of service provision – set out five years of dynamic change which will be a huge challenge for current systems to deliver.

I believe it’s crucial, in preparation for delivering the necessary change, to reflect on the events that led to the First Minister’s announcement and why drug deaths became a public scandal then such a political issue.

People will have their own perspectives, memories and positions.  For what it is worth, here are mine.

It is common knowledge now that Scotland’s drug death rate is the worst in Europe. The fact that only 35-40% of people are in treatment was revealed at an SDF conference in March 2018. The inadequacy of our treatment system, in terms of the percentage of people in treatment, is now generally accepted.

Less discussed and appreciated is the sheer scale and persistence of problem drug use. Official estimates are that around 57,000 people have a drug problem involving opiates and/or benzodiazepines. That’s one in every 80 adults living in Scotland.

The number of people with a problem involving these drugs has practically unchanged in 16 years. That means that for everyone with a drug problem involving opiates and/or benzodiazepines who dies or who stops using those drugs, another person develops a similar drug problem.  That should be a sobering thought.

In any other area of policy, such statistics would represent failure. However, in the context of drugs, only death has come to be regarded as a failure – and even that is only a recent political phenomenon.

For years, I, and colleagues, raised awareness of drug deaths and how they can be prevented and found little traction.  In terms of media interest, with a few honourable exceptions, journalists showed little interest except for a few days after the annual figures were announced each summer. Similarly, in Parliament, returning from the summer recess, some MSPs would raise questions about the death statistics released during their holidays. And there, for the majority, the interest ended.

In early 2018, in evidence to some Westminster committee or other, one prominent person in the drugs field in Scotland (who I will not name as he was not unique in holding this opinion), stated something to the effect that ‘these deaths are inevitable; there’s nothing we can do’.

The evidence is, of course, that overdose deaths are not inevitable and there are certainly things we can do to prevent them. SDF and others had been working on ensuring national naloxone provision, which demonstrated that even literally ‘last minute’ interventions could reverse overdoses and prevent deaths.

SDF has also long worked hard to ensure awareness and a common understanding of the evidence that being in treatment prevents overdose and other deaths.

I, and others, had concerns because we felt that ‘these deaths are inevitable’ easily became, for some people, an attitude of ‘these people are all going to die anyway’. When tied to the phenomenon of a group of people with a drug problem and particular health issues – what the epidemiologists called ‘the ageing cohort’ – it became a chilling possibility that some people thought ‘these people will all die out soon’.

We hold that waiting for people to die is a morally indefensible position that reflects the stigma and prejudice borne by people with a drug problem. SDF-commissioned research analysed the NHS‘s own data to show that it is simply not true that this group of people will soon ‘die out’ – many people will survive prolonged problem drug use. For them, the real issue is that, without support and appropriate services, their health and social situation will deteriorate further.

It was from these concerns that SDF produced the #StopTheDeaths initiative in August 2018. This was not a campaign to get other people to prevent overdose deaths. This was an initiative to raise awareness of the actions we could all take to prevent drug deaths – hence the empowering strapline We can prevent drug deaths.  The implication was that doing nothing or waiting for someone else to act wasn’t ‘staying neutral’ – it increased drug deaths.

The initiative involved social media activity, a website, some t-shirts and stickers. We were pleased and surprised when the initiative was taken up enthusiastically by a whole range of stakeholders including the media. It was hugely gratifying that it was embraced by people across the drugs field with very different perspectives, approaches and beliefs. The initiative is re-launched each year on 31 August – International Overdose Awareness Day – as it remains important to remind people – all people – that they can contribute to the prevention of overdose deaths and to celebrate that activity annually.

Much of the old ‘debate’ which had been fostered in Scotland to undermine and stigmatise methadone and people in methadone treatment had died down or had certainly become less public. The legacy and damage caused by that ‘debate’ is part of the reason for Scotland’s low rate of people in treatment and high rate of drug deaths.  There persists a belief that evidence-based treatment is the cause of the problem – this view is stronger in Scotland than elsewhere. It belongs with anti-vaccination and other evidence-denying anti-expert ideologies, but it persists.

Despite the decline in readership of newspapers, the media has significant influence.  A tabloid can give politicians the confidence to address issues involving people subject to huge stigma or to support causes they may otherwise think would be unpopular – and lose them votes. Media coverage can also give the public, community members and families the courage to speak out about issues that directly or indirectly affect them and challenge stigma.

In attempting to revive engaged debate in this area, The Daily Record began a series of articles in March 2019 that dramatically moved public and political debate away from anti-drug user, anti-methadone, anti-treatment perspectives to something more considered – how can health and other services better treat people who are disempowered, alienated and vulnerable? This was a significant move and involved persistence and hard work by individual staff on that paper over months and years. That effort helped move public and political debate.

Yet at that time it was still possible to come across people in the drugs field who would talk about there being ‘too much noise around drug deaths’ (and I quote but will not name the source as she was not unique in holding this view) and express concern that this would ‘drown out’ some of the good work and positive developments that were on-going.

SDF and others worked hard to ensure that such a strategy would not be refreshed but replaced. We published our Drugs Strategy for Scotland. There was more than concern when, eventually, after much consultation and compromise, the new Government strategy Rights, Respect and Recovery was published in November 2018. It had no coherent recommendations or actions that would prevent drug deaths.  The strategy, even then, was an improvement on the previous one. It was ‘broadly welcomed’ but it was also hoped that SDF’s own work on drug death prevention, Staying Alive in Scotland, endorsed previously by the Government, would be maintained and more fully implemented through work with local planning structures – the Alcohol and Drug Partnerships.

There was other pressure for change. Social media provided a platform for people to express outrage at the scale of drug deaths and the response of Government and others. People who experienced a drug problem, families affected, and members of communities most directly affected, increasingly took the opportunity to describe the situation, express concern and empathy for those affected.  Some expressed helplessness and waited for solutions; others were empowered and offered suggestions about what should be done.

What I have seen has been generally positive and engaged.  Although social media inevitably involves some people who are trolling, posturing or playing games, there is also clearly considered opinion and a growing consensus that the status quo – an ever-worsening situation – was unacceptable and could be changed. ‘Change is possible’ does not only apply to individuals with a drug problem but to policy, practice and systems.

By the time record drug deaths were announced, again, in 2019, the Scottish Government had appointed the new Drugs Death Task Force to address the issue.

The Task Force set about looking at evidence, researching areas of interest and concern and testing possible service changes. It was still possible to meet people senior in the field who would talk about ‘getting on with delivering the strategy’ (again, I quote) once the Task Force had completed its work. The disconnection between the issue of people dying and some other distinct area of work which was never really described seemed a remarkable delusion.

Drug deaths are the tip of the iceberg but, like an iceberg, it’s all the same stuff. Whether people are dying, being treated poorly, being discriminated against, alienated, disadvantaged, stigmatised, punished, criminalised or brutalised the issues are the same.

When the delayed release of statistics for 2019 eventually happened in December last year, the roof on which some people had drawn some of their most florid delusions caved in. The Minister resigned, a new Ministry was created and a Minister directly reporting to the First Minister was appointed. A month later the First Minister made her statement to Parliament.

As I said, the tone and preamble are as important as the announcements themselves. The First Minister’s concession on Government responsibility is remarkable and important and worth quoting in full –

‘The fact is that all those people—and those who died in years gone by—were in some way failed by us. Responsibility for that rests first and foremost with Government. The failure is not just a moment in time. Anyone who ends up losing their life as a result of drug addiction is not just failed at the time of their death; in most cases, they will have been failed repeatedly throughout their whole lives…It is a reasonable criticism to say that this Government should have done more earlier. I accept that.’

Let’s hope that that admission is owned by all of us and each take their due learning. Drug-related deaths are the issue – in working to reduce drug deaths other issues will be resolved.

‘If we have the will, we can and will find the ways to stop [drug related deaths] happening. Doing so requires a national mission to end what is currently a national disgrace…I am determined that we will provide that national mission with the leadership, focus and resources that it needs.’

That leadership, long called for by SDF, has been sorely lacking; systems will not change themselves – if ever a system required supportive, constructive criticism and the will to engage with it, it is Scotland’s drugs treatment system and the Government under which it is delivered.

Let’s work to accept the leadership offered and implement a strategy and changes to practice and attitudes that de-stigmatise people who use drugs; empowers and supports people with a drug problem and reduces drug related deaths.

SDF will be pleased to contribute to that work. Changing deep-seated and often unspoken attitudes and beliefs across the drugs field is crucial.