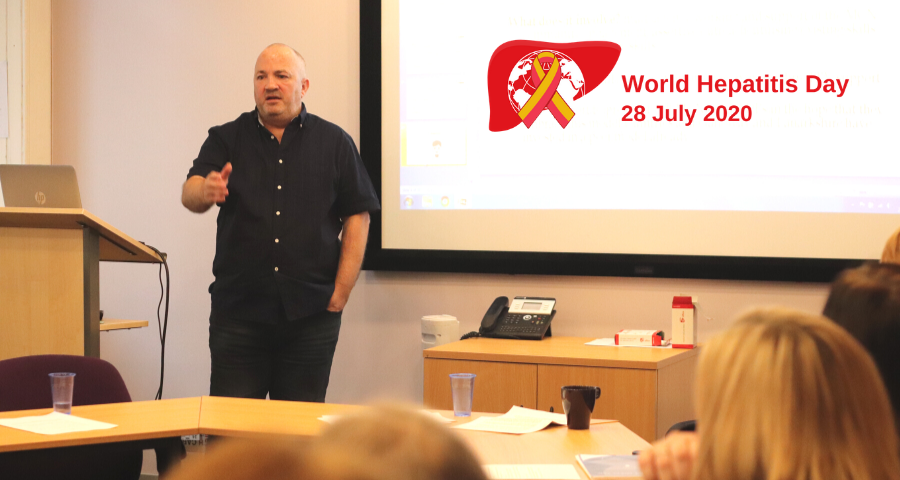 World Hepatitis Day (WHD) is held every year on the 28th of July. It is a day to re-focus attention on viral hepatitis and to raise awareness among the general public of testing and treatment. To mark the day, Billy Hamilton, Community Development and Involvement Officer at Hepatitis Scotland, reflects on the experiences people have had  accessing and undertaking old and new treatments. 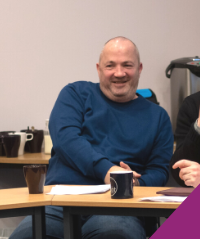 In the last month or so, I’ve been consulting with people who have completed hepatitis C (HCV) anti-viral treatments for a national peer-scoping exercise and to provide a platform for patient voices in the #BeHepCFree campaign videos, launched on World Hepatitis Day.

While the feedback so far has been almost universally positive around HCV treatment, discussion has also taken place around both historical and present barriers, and how important support is for some people in order to complete treatment.

HCV anti-viral treatments are incredibly effective – with a 95% success rate. Taking one pill a day for 8-12 weeks has very few reported side effects and many people feel the benefits after a few weeks. In the surveys I’ve been conducting, many people reported  improved physical and mental health benefits as well as increased social and community interaction. The Covid-19 pandemic has had huge impact on all our lives, but the pandemic has resulted in reduced access to HCV testing, treatment and support in Scotland; as professional workers are placed in different roles to deal with the crisis.

Everyone that is eligible for treatment should now be treated in Scotland. However, along with the legacy of old treatments, geographical issues prevent people from accessing treatment, especially in rural areas with a centralised system of care in place.

The previous HCV treatment available in Scotland was a combination of interferon and Ribavarin. While it saved many lives, the relatively low success rate, the lengthy timescale and at times, severe side effects have left its mark on some people. The legacy of this treatment has deterred some individuals that we interviewed from accessing new treatment due to their own personal experience or through word of mouth. Since anti-viral treatments have been available in Scotland there have been issues with individual NHS board policies regarding criteria for treatment and logistical reasons that ensured there was not a level playing field in treatment access.

‘Find the missing millions’ is the theme for WHD 2020, referring to the large number people worldwide un-diagnosed. In Scotland, it is estimated 50% of people who have hepatitis C are unaware they have it. A person could have contracted HCV decades ago through drug use or other routes of transmission, while the virus has went un-detected.

Whilst in discussion with former patients, the opinion of treatment has almost universally been positive. It is also apparent that for a lot of people, the support they received from a variety of workers in providing information, motivating individuals and creating positive relationships has been essential in people having the confidence to go for treatment.

Below is an example of just one person’s experience who has benefited from the additional supports given to support their effective treatment.

At the Hepatitis Scotland Patient Conference in 2018, there was a presentation of a patient called Miss A who had been an injecting drug user for twenty years. She had hepatitis C and mental health issues but did not meet the criteria for treatment in her area at that time. However, at the conference it was established she would be treated in other health board areas. That person has now been treated and cleared of hepatitis C.

Her mental health issues remain and she still injects drugs but no longer shares needles or any equipment due to being grateful in being able to eradicate hepatitis C, being educated in harm reduction practices from her BBV nurse, and  being supported by peer workers  through her journey. This person previously would have the potential to infect multiple numbers of people with HCV.

The feedback from people, especially from rural areas is that “without support in the provision of transport to their appointments and the encouragement provided by these workers, I would not have been able to complete treatment without this invaluable support”.

I believe that this support being in place is essential in achieving the Scottish Governments aim of elimination of HCV by 2024.

Find out more about treatment and getting tested for hepatitis C at www.behepcfree.org